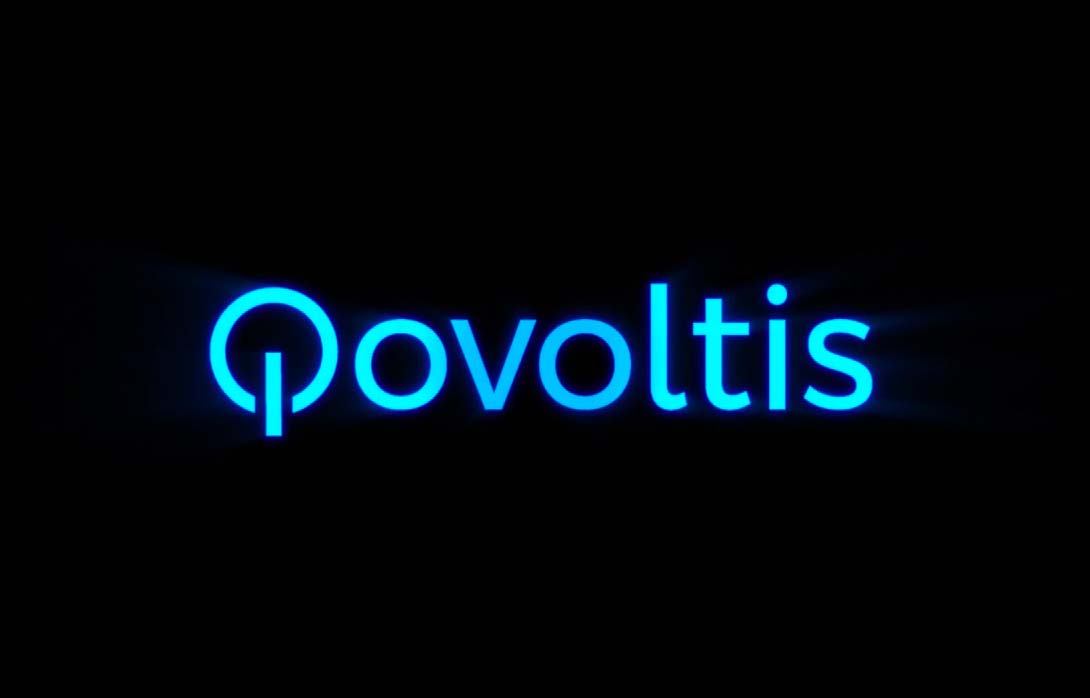 Qovoltis is the culmination of 18 years of experience in the “High Tech” industry, combined with a vision of the energy market as a future high potential industry. “Qovoltis is the culmination of 18 years of experience in the “High Tech” industry, combined with a vision of the energy market as a future high potential industry”.

Born in Tehran in 1965, Ehsan left Iran at a young age and moved to Paris to pursue his studies at the Louis le Grand high school before completing his studies at Polytechnique in 1986.

After graduating from both Ecole Polytechnique and Telecom Paris, Ehsan started his career as a software consultant until 2001 and then switched fields to work in the telecommunications sector.

After 14 years in the industry, notably at the head of the Mediaserv Group, a broadband service provider in overseas departments, Ehsan began to develop an interest in the energy sector, and particularly in renewable energies.

As Qovoltis’ President, Ehsan Emami ensures the strategic development of the company as well as the technical conception of Qovoltis’ electric vehicle chargers (EVCs). Anne worked for over 20 years in the telecommunications industry as a finance and administrative director for companies such as Orange, Mediaserv, and Zeop. She also worked for TDF (Telecom group) in the commercial development of optical fiber and then with Axione (FTTH network) as Asset Management Director. Prior to running his own company specialized in territorial broadband development, Frédéric also worked in telecommunications as a consultant for various consulting firms.

He helped create TDF fiber division and then contributed to its development.

As Director of Operations, Frédéric leads the deployment and maintenance activities, and ensures the commercial development of Qovoltis. For over 20 years, Olivier has worked as a consultant on transformation projects of digital and organizational systems for some of the most recognizable firms in the telecommunications Industry in France.

For 10 years, he was also the managing director of a software consulting company specialised in optical fibre deployment and exploitation.

The management team is surrounded by a strategic committee composed of experienced individuals that assist and advise Qovoltis in their development. After a few years at the Boston Consulting Group (BCG), JCG held Marketing and Strategy positions during the deregulation of the telecommunications in France. Afterwards, JCG was the Marketing Director at SFR-Cegetel, and Marketing and Development Director at EDF Group. Afterwards JCG advised management teams part of European companies on environmental issues. JCG is a Ecole Polytechnique graduate and holds an MBA degree from INSEAD. Thierry Faugeras is part of the managing board of EREN-Industries and, as such, handles Senior Executive / Director positions within industrial subsidiaries of EREN group, a leader in renewable energies. He has previously capitalized extensive expertise in the Li-ion battery and automotive sectors. He was in particular the Director of Strategy and Development of SAFT and also became Global Director of Mergers and Acquisitions of the American Automotive supplier Federal-Mogul. He has also been involved into trade associations representative of the automotive industry in France (PFA, FIEV, CNPA, CSF-CNI).

EDF Group’s General Director for 5 years, Loïc Capéran was a pioneer in the deregulation and expansion of the energy market in France and Europe. At the same time, Loïc achieved great international growth, doubling the size of the EDF Group.

Loïc Capéran was also President of the European Foundation for Quality Management (EFQM) for 5 years. Claude Charnay is initially a financial engineer but, through his 40 years of experience in the Telecommunications industry, he built an expertise in the optical fiber allocation.

After the development of numerous industrial and telecommunications partnerships, Claude Charnay worked on the commercial development support missions for FTTH operators. He also has experience in audit, technical advice, and risk assessment for financial investors in the telecoms industry. Claude Charnay was also in charge of commercial missions with a national group, energy infrastructure provider/developer, becoming a partner of the Territoire and Économie Numérique.

The management team is surrounded by twenty young talents who ensure Qovoltis’ development from design to industrialization of charging stations, as well as supply of electricity.

A multidisciplinary team that is an essential force for Qovoltis, bringing innovation, intelligence and performance.

This team is complemented by Qovoltis’ customer service, essential to help you realize your projects and to support you in your smart charging experience. 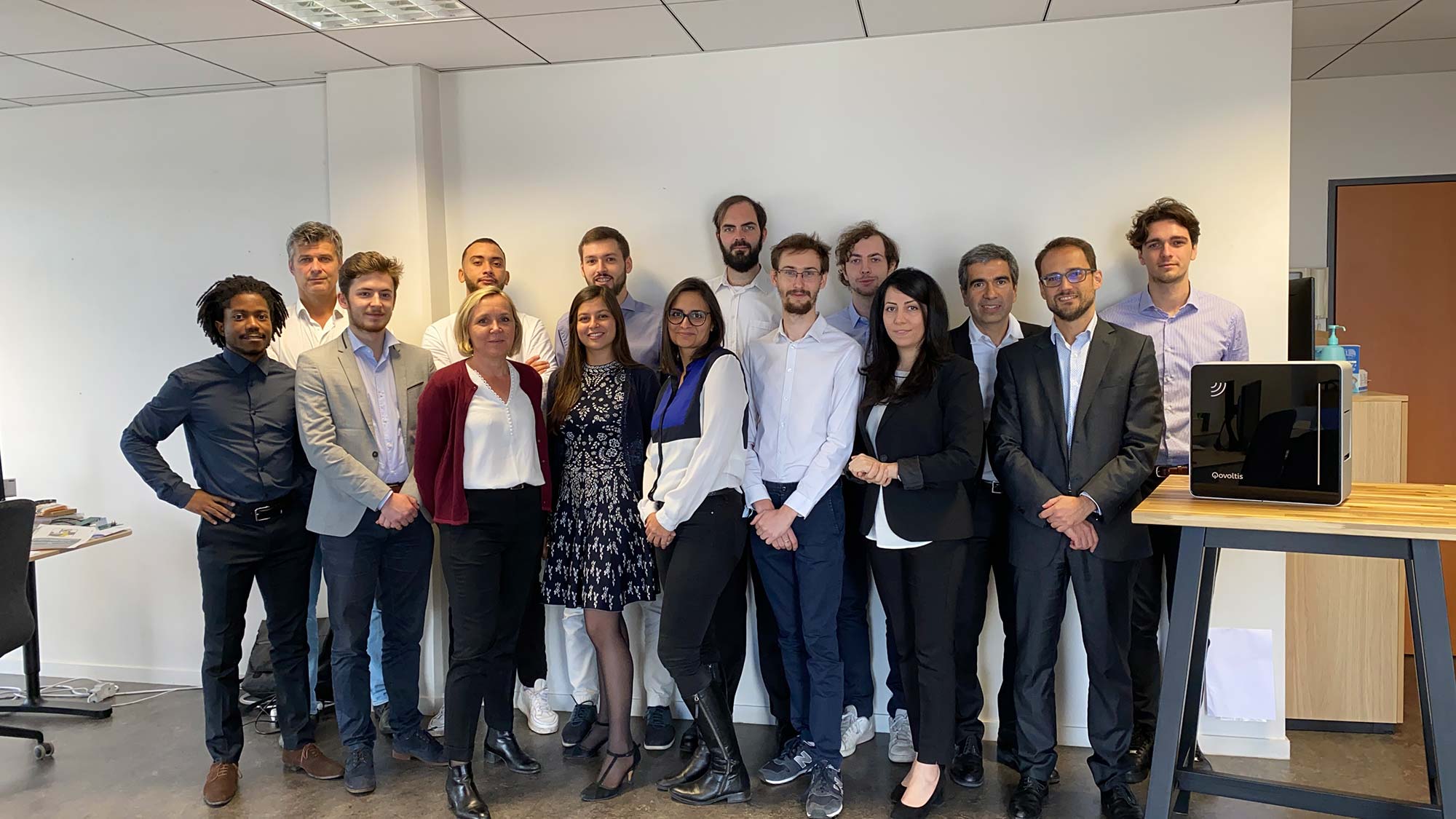 To contact us use the contact form below, we will get back to you as soon as possible.

Qovoltis may store cookies on your device or use similar tracking techniques to generate visit statistics or to offer you services, offers or advertising, including from third party partners, relevant to your centres of interest, on the Internet or by direct communication (email, sms, etc.). By continuing to browse this site, you are agreeable to the storage of cookies on your device.
Set upAccept all More information
Manage consent